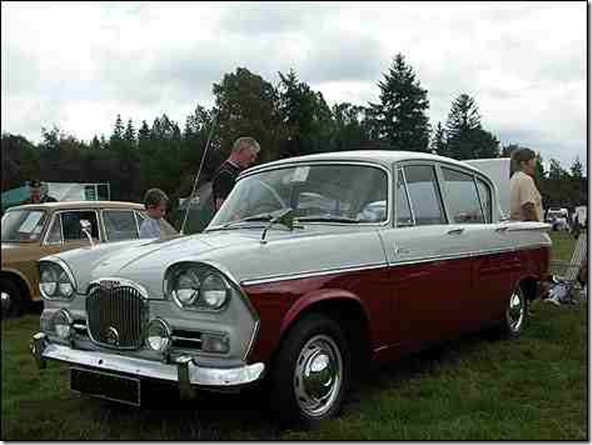 My very first car, a Singer Vogue MkI, it was in this two-tone colour scheme. 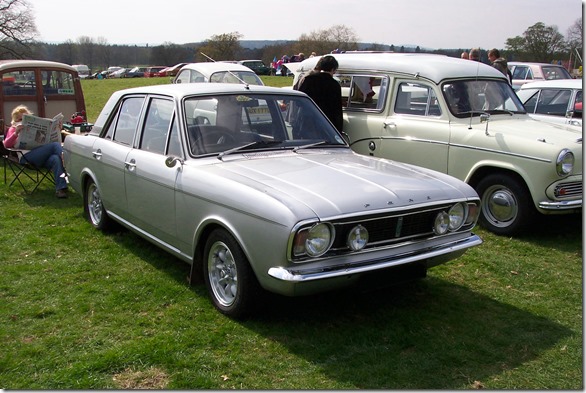 MkII Ford Cortina 1500GT, four door model. I started rallying with this type of car. I had the engine rebuilt to stage 1 (there are 3 stages of conversion possible). Very much modified, full roll cage fitted, rally type seats, plus many more changes necessary to get through scrutinizing at events. 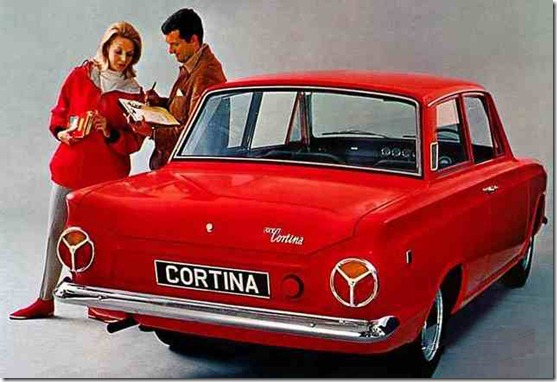 I very briefly owned a very much modified MkI Ford GT Cortina. I bought it from a colleague at work one day, swapped it the next day for my 4th car. 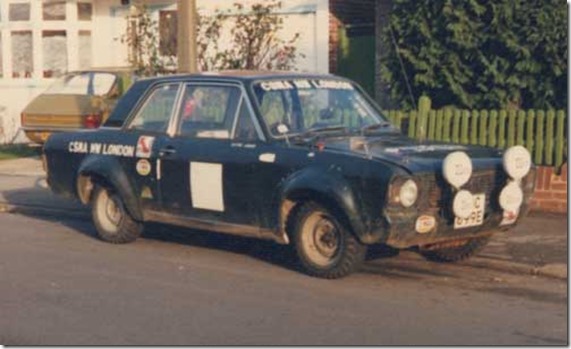 This was the MKII Ford Cortina 1500GT that I swapped the MkI Cortina for. I had had an accident with my 2nd car, and although the bodywork had to be written off, all the modifications to the mechanics were ok, so I transferred everything across from one car to the other. This photo was after all the work was finished and the car was being used in rallies. 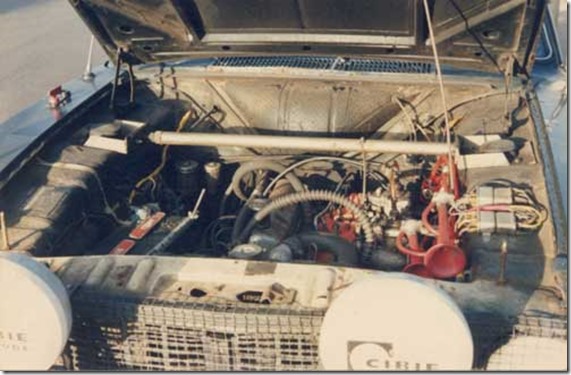 This is the original stage 1 1500GT engine from car No.2, with twin side draught Weber DCOE40’s just visible to the eye, being the pre-crossflow engine they are on the opposite side to the more conventional Ford competition engines. 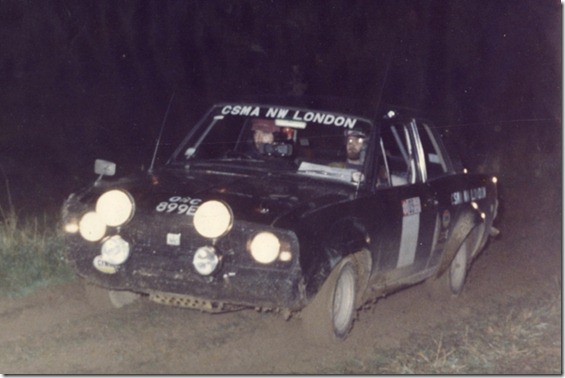 This photo was taken during a rally on a very muddy off-road section. 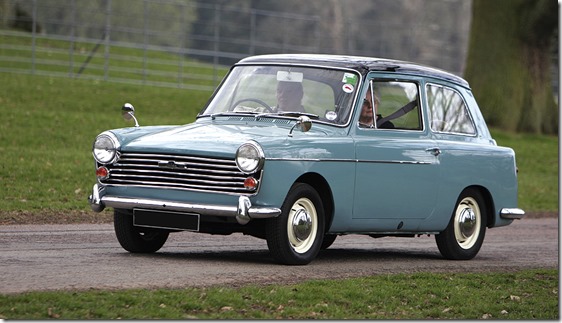 Austin A40. Following writing off the 2nd MkII Cortina I bought this type of car as an interim to get me around until I could get my next rally car. At this stage I had decided to look around for a fully converted ready to run rally car, rather than modifying a bulk standard car. 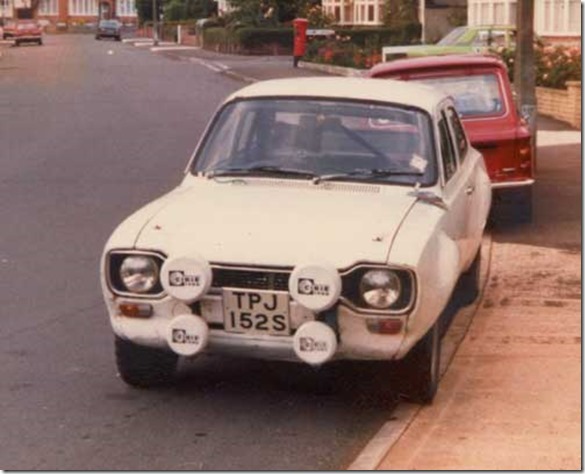 MKI Ford Escort 1700cc Lotus Twin Cam, the beast. The only additions to the car as purchased was the extra lights on the front and the installation of the close ratio gearbox that I had from the 1st MkII Cortina which turned out to be a very rare box, as fitted to the earliest Lotus Cortinas before they opted to using the 2000E Ford gearbox, and at that time was equivalent in gear ratios to what was then called a “Bullet” competition gearbox, otherwise this car came complete ready to rally. It had been taken from the production line and was seam welded, a fairly standard practice for cars intended for rallying or racing. All other modifications were fairly standard for a rally car, apart from the engine. 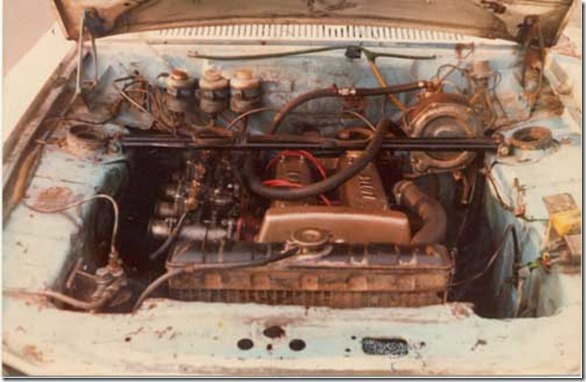 The Lotus Twincam engine was based on the 1500cc Ford engine, this one having been bored out to 1700cc and had received full race modification, and along with the gearbox, limited slip differential, wheels and tyres, produced 180BHP on a rolling road. 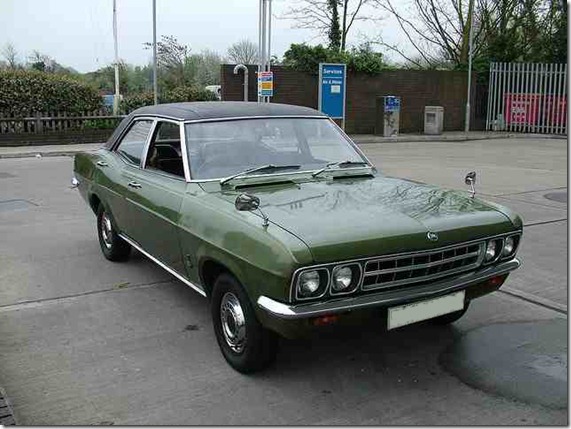 Having written the Escort off, and decided to give up on rallying I bought a Vauxhall Ventora as a temporary stand-in. It was the 3.3-litre straight six-cylinder version. A nice car to drive but was rather thirsty on fuel. 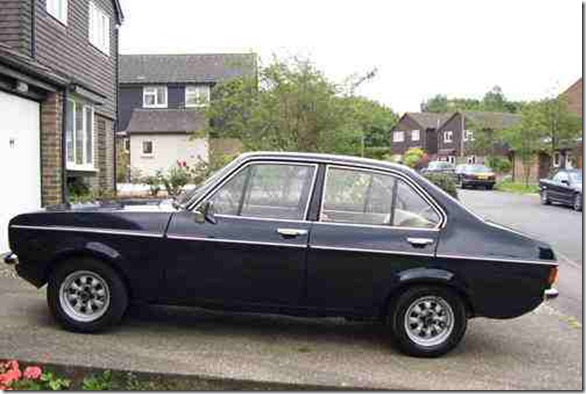 This was a MkII Ford Escort 1.3GL model, which was my wolf in sheep's clothing. I added yet another set of DCOE40 Weber carburettors, so despite it’s standard look it had a bit of grunt. This was the car that I had during my early CB days, it had 6 aerials on it, and was nicknamed “The Porcupine”. When I bought it was the newest car I have ever owned, as it was only 2 years old when I bought it. 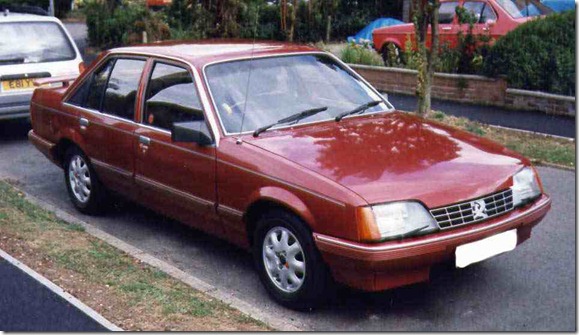 A Vauxhall Carlton was purchased part exchange with the MkII Escort during my first marriage. 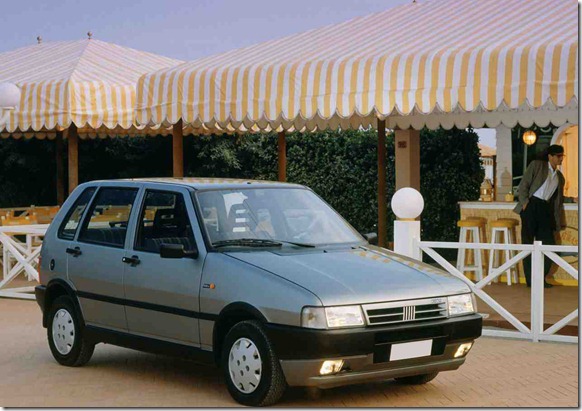 A Fiat Uno SX replaced the Vauxhall Carlton, my ex-wife kept it following our divorce. 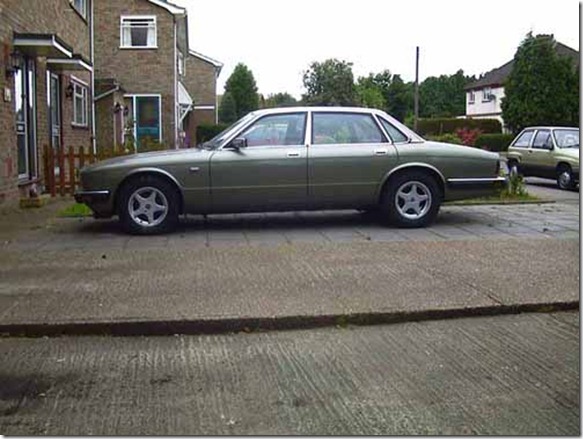 After a 12 year gap I bought this Jaguar XJ6, this was to be my final car that I would own, and a wonderful car to end with. My wife Jo and I travelled many miles in it, from our home in Felixstowe to Cornwall, North Wales and even as far as the Isle of Arran in Scotland. It was a delight to travel in over long distances, I always felt as fresh upon arrival as when we set off. 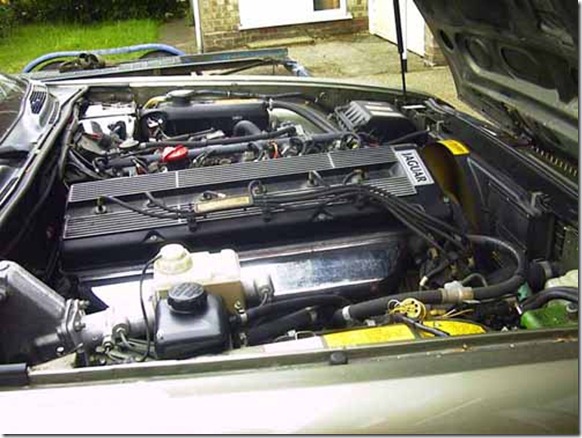 The 3.4 Litre straight-six power plant underneath the bonnet. I had the car resprayed soon after I bought it, and despite it’s age the only thing that every went wrong was the oil cooler sprung a leak, which was soon replaced. I had it for 5 wonderful years before scrapping it, it needed a lot of work to get it through the next MoT, it would have been worth doing if I was going to keep it, but having moved onto the boat it had to go.

No comments:
Home
Subscribe to: Posts (Atom)
Please note: not all these photos are of the actual cars I owned, but photos of ones very similar, especially in colour and model.